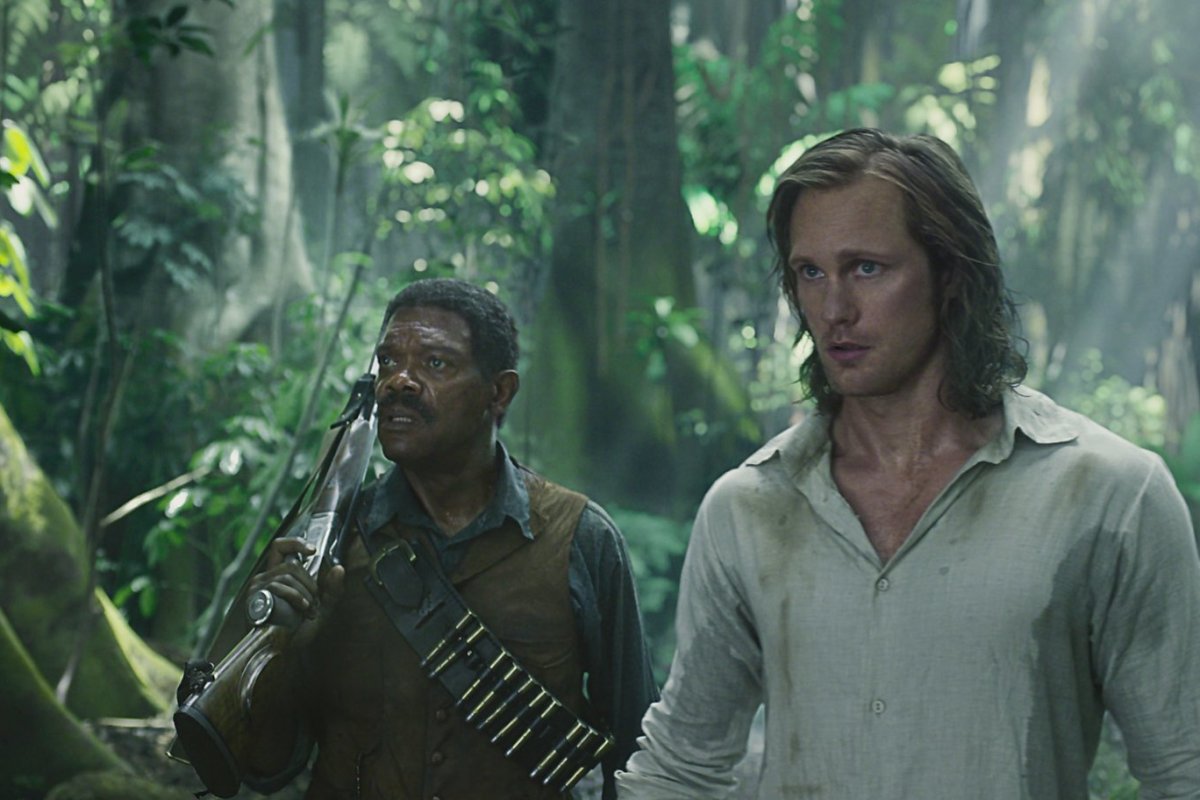 The Legend of Tarzan (starring Alexander Skarsgård) stays true to the story we all know and love (or don’t love) and amps it up a bit with lots of computer generated animals, action, adventure and romance.  Years after leaving the jungle to claim his birthright as Lord John Clayton, Tarzan is summoned back to the jungle to help his countrymen.  Unbeknownst to Tarzan, his return is orchestrated by and plays into the hands of villain Leon Rom (played by two time Oscar winner (Inglorious Basterds (2009) and Django Unchained (2012) Christopher Waltz).  Jane isplayed by Margot Robbie and the core cast is rounded out by Samuel Jackson as George Washington Williams, Tarzan’s newest friend and adventure companion.

The Legend of Tarzan mostly delivers what it promises as far as action.  The clashes between man and beast were intense.  I decided not to see it in 3D because I wanted to see what the film is like without the effects, and I did not miss them.  Heck, I remember watching Tarzan in black and white on a much smaller television than the ones we have today as a tot, so all the “extra” really wasn’t necessary for me.  I’m sure this version would be Edgar Rice Burroughs approved as it really does bring Tarzan to life in an impressive way.  Tarzan swung from the vines, communed with the apes and gave his famous yell – which really took me back since I haven’t heard that yell since Carol Burnett did it many years ago.  (Young people, I know it can be difficult, but please try to keep up.  Ask your parents or grandparents about it or you can Google it.)  There was a damsel in distress, who wasn’t the timid, cowering damsel from the past.  On top of not being very worried about her man Tarzan being able to save the day, Jane even got a few blows in herself.  The movie is well cast and not overplayed.  The scenery is beautiful.  The writing is not too, too, cheesy.  The characters have dimension.  I’ve never really been a big fan of Tarzan but this version was not terrible, I must say.

Even though the movie dealt with serious themes, it is just plain fun, for the most part. Pay attention to the rating system.  It is PG-13 for a reason, I suppose.  (One, maybe two “bad” words are uttered, but nothing too earth shattering.  Your under-13 year old has probably heard or read or maybe even said worse.)

The Legend of Tarzan earns 7.5 bloops. It’s a good movie and great summer fun, if you’re into Tarzan.  Even if you’re like me and have never really cared for Tarzan all, I think you might enjoy this version.